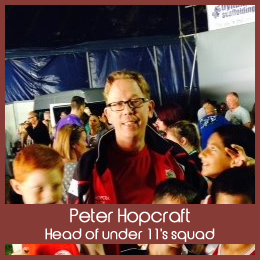 I was born into a boxing family, my Grandfather was a founder member of the Crawley Amateur Boxing club in 1961.

My Father, Geoff has been the Club Chairman for the last 35+ years and had 200+ contests in his younger days.

During my Junior Career I was coached by John Scudder. Then, when I turned senior Kevin Aves took over.

I reached the final of the Junior ABA’s in 1985 and lost a very close majority decision.

As soon as I finished boxing I went into officiating, starting as a judge.

I then took a refereeing exam and have been active in this field for more than 20 years.

I have officiated at London and Southern Counties ABA finals and many representative matches. I have taken Crawley teams abroad to compete in recent years, refereeing with them in Cyprus, Malta and Germany. I also referee at the three-day Haringey International Boxcup, held annually at the Alexander Palace.

In 2006 it became apparent that there was a lack of young blood coming through the ranks at the club so a decision was taken to start a Saturday morning nursery class which has been extremely successful. I have been ever present coaching our ‘babies’ since.

Many of these have now moved on to join our junior ranks and box competitively for Crawley. I am proud to say that one of these babies who started with me at 9 years of age, now 16, won a National Schoolboy title last year.