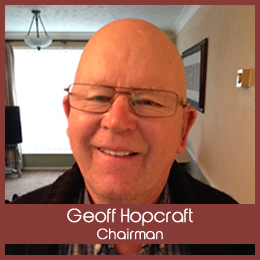 I moved to Crawley New Town from Willesden, London in 1960 aged 15.
I had already had 5 or 6 contests for the Rotax Club.
My Father was keen to keep my brother Peter and I involved with Boxing but there was not a club available in the area at the time.
With that, he set about forming a boxing club with friends.
We were originally based in a nissen hut in Tilgate Forest, built to accommodate Canadian troops who would be involved in the 1944 D-Day Normandy landings.
I had over 200 competitive bouts for the the club, winning many more than I lost, picking up two Southern Counties ABA titles along the way
I retired from active participation when my Wife, Mavis and I moved to Ashford, Kent in 1967.
Whilst living in Ashford I was instrumental in starting up the Ashford Boxing Club which is still going strong to this day.
In 1972 we moved to Nottingham and I joined the famous Phoenix Club as a coach.
During my time away I kept in constant contact with the Crawley club, attending shows when I could and getting involved at the gym on every trip home.
In 1978 we returned to Crawley and I became actively involved again with the Crawley club, joining the committee, now based in the old library building in Station Road where my Dad was the Treasurer. Soon after I introduced my Sons, Peter & Rees to the sport and they both thrived, having successful boxing careers themselves. They are both still with the club 36 years later.
My Grandson, Peter’s Son Louie is about to start boxing competitively and will be the third generation of my Family to represent the club inside the ropes, a first of which I will be extremely proud.
In 1980 I was voted in as Chairman and I am proud to have held the position ever since.
Soon after that we received news that the Library Building was to be demolished to make way for an office development and it became apparent that we would need new premises.
Working with our then Secretary, Linda Setford we lobbied the Crawley Borough Council and had planning permission granted for a purpose built Gymnasium in Jubilee Walk, Three Bridges  where we remain to this day.
In May 1985 as the building was nearing completion my eldest Son Peter reached the final of the Junior ABA’s, losing a close majority decision (He wuz robbed!!) at the Wembley Conference Centre. My dad was one of the many Crawley supporters who boarded two coaches to go and support him.
The Club held the official opening in June of that year, attended by founder members, ex-boxers, friends and supporters of the club.
It was opened by our own former Olympic Bronze medallist and undisputed middleweight champion of the world, Alan Minter along with the Mayor at the time, Councillor June Clay.
I am so pleased that my Father was there to see all of his hard work reach fruition.
He passed away in August of the same year.
Unbeknown to me, the Committee at the time then voted to name the new gymnasium after my Dad.
My presence was requested at the gym by Linda Setford for what turned out to be the proudest day of my life.
We now reside in the Arthur Hopcraft Gymnasium.
In 19—my Son, Rees, our current Treasurer won the Southern Counties ABA’s and reached the Senior ABA English Semi-Final, another proud moment for me and the Club.
In 2010 the gym was extended further at considerable cost and due to the assistance of our President Len Nugent is now one of the best boxing gymnasiums in the South of England, frequently used by the Southern Counties ABA for squad training sessions and coaching courses.
In my 55+ years associated with the club I have been proud to see hundreds of young men and women come through our doors.
I believe that all have bettered themselves by being able to experience the best sport in the world.
However, this could not have been achieved on my own. My Wife, Mavis has been a rock, without her, none of this would have been possible. Various committees, coaches and friends of the club over the years have all helped to make the Crawley Boxing Club the institution that it is today. If I have played a small part in that I am indeed proud and grateful.
Tweet